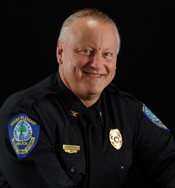 Chief Ritchie developed and instituted the first fully functional Special Weapons and Tactics Team for the Mount Pleasant Police Department. He introduced and implemented the Emergency Placard System being used in all Charleston County Schools designed to expedite and make more efficient the response to a school crisis.

He has been responsible for the operational planning of many high profile events that have received national attention and include the opening ceremonies for the new Ravenel Bridge, the Blue Angels visit, The Congressional Medal of Honor Society Convention and the security of high profile visitors.

Chief Ritchie is very active in the community and has been involved in coaching recreation football teams over the years and is a member of the Church at Life Park.