Scanlonville is a hidden and quiet marsh-front community located on the corner of Seventh Avenue and Mathis Ferry Road just past Fire Department #3. Established after the Civil War, this African-American community enjoys a rich heritage spanning over 100 years. After the war, many former slaves began to establish their own farms and businesses. The development of Scanlonville is one such enterprise. In 1868, freedman-carpenter Robert Scanlon purchased the 614-acre Remley’s Plantation that was bordered by the Charleston Harbor and the Wando River.

The property was previously owned by Paul Remley who died in 1863. Scanlon founded the Charleston Land Company and 100 African-American men paid $10 per share to purchase large tracts of land. The land was divided into two-acre farm lots and half-acre town lots. By 1870, former slaves who desired to own land could purchase town or farm lots. The Charleston Land Company and the development of Scanlonville is one of four known cooperative ventures between African-American freedmen.


Just west of Scanlonville was Riverside Beach, the oldest, largest, and most popular of five African-American beaches in Charleston County. Riverside Beach was a no-sand beach along the Wando River that officially opened in 1930, and featured a dance pavilion, athletics field, bathhouse, playground, and a boardwalk. Riverside Pavilion was the only venue where black Charlestonians could see musical legends like Duke Ellington, Count Basie, Louis Armstrong, B.B. King and Ivory Joe Hunter. Music performances at the pavilion spawned juke joints or night clubs in Scanlonville and eventually a hotel called White’s Paradise – frequented by James Brown. In 1975, Charleston County assumed operations of Riverside Beach after the original owner died. Eventually the property was sold to a company that developed a gated community on the land.


Remley Point Cemetery, also known as Scanlonville Cemetery, was listed on the National Register of Historic Places in 2002. This African-American cemetery is located in Scanlonville and is privately owned. A portion of the grounds probably pre-dates the freedmen community. The cemetery is recognized for its funerary function and social history for the years 1850-1874, 1875-1899, 1900-1924, 1925-1949, and 1950-1974. 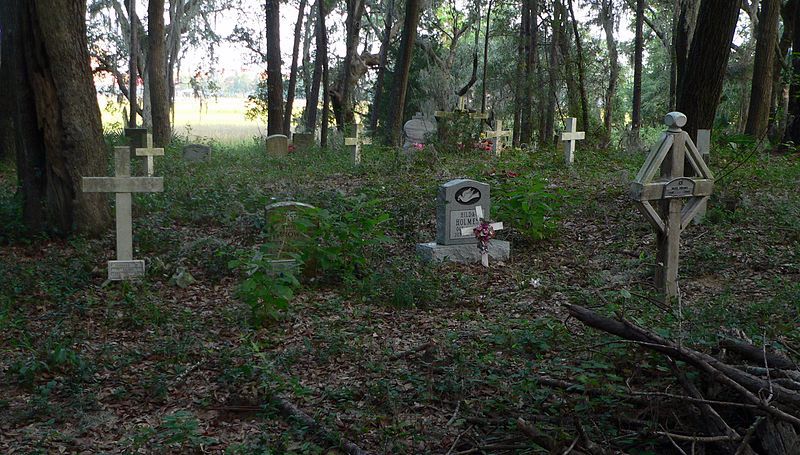