Mount Pleasant experienced little economic expansion or population growth in the first few decades of the twentieth century. In the early 1900s, Elise Tiencken Farmer lived at 216 Bennett Street in the Old Village. In Betty Lee Johnson’s published newspaper series of oral histories "As I Remember It: An Oral History of the East Cooper Area," Farmer described early twentieth century village life: “We raised our own food right there in the village. We kept cows and chickens and we had a big vegetable garden .... we had a spring in our yard that fed our well. This was also connected to a large storage tank that furnished water for seven families. The tank has been gone for a long time but the stand it was on is still at the Bennett Street house. In hot weather, we’d cool watermelons in that tank.” Local residents raised cotton, peas, beans, rice (in small ponds), sugar cane, hogs, turtles, and chickens for food. In the same publication, Julia Brown Horlback remembered raising beans, okra, corn, potatoes, and flowers as well as making baskets for sale at the Charleston market that ran from Meeting Street to East Bay Street.


The twentieth century began and ended with hurricanes. One storm landed ashore 11 years after the century’s turn and the other hit 11 years before the era closed. In 1911, the severe hurricane destroyed crops, farmland, and fishing facilities. According to the stories recorded by Johnson, the storm raised water to hip level, brought down trees, blew down houses, and destroyed Friendship AME Church. Elise Tiencken Farmer recalled:

I remember the hurricane of 1911. There were many people from the islands and Charleston stranded here and the local people took them into their homes. We had a lot of people staying with us. One of them was Mrs. Condon, of the department store Condons. When she returned to Charleston she sent me a pretty sewing basket as a thank you gift. My father got stranded in Charleston and my mother was sick with worry about him. He had to spend the night in the Custom House.

Julia Welch Hamlin farmed 800 acres on Snee Farm Plantation with her husband Osgood Darby Hamlin, and she recalled losing their first crop of Sea Island Cotton “to the big storm.” The Hamlins were not on the plantation during the hurricane. Hamlin retold her story:

I remember the hurricane of 1911 very well. We were spending the summer at the Hamlin Beach House, which was right by the ferry wharf. No one stayed on the plantations in the summer because of the mosquitoes. People also said the water was bad and so was the country air, so everyone had beach homes where they spent the summer months. We had screens at Snee Farm, so this was the last summer I spent in town. It really was just so much trouble to pack up and move into town every summer. That day there was a large excursion here from Augusta, Georgia. They arrived from the island, all 19 trains of them, just in time to catch the 5 pm ferry. The wind started blowing, and it got so rough that the boat was turning around and around as they just couldn’t handle it. We watched from the house as they threw out chains and ropes and finally dragged the boat back to the wharf. The top had blown off the boat and the people were scared to death before they got it tied up again, but they had to remain on the boat as a large section of the wharf was gone. There were two men killed that day, the ticket taker and a man who had been a passenger on the boat who had gone to get his wife’s purse.


In 1917, a U.S. Navy rifle range was built on 100 acres along Rifle Range Road occupying the site of a former South Carolina National Guard firing range. This facility accommodated 600 men who trained for two-week sessions. Thousands of men were equipped at this facility during the World War I period. Later this site was used by the National Guard, Army Reserves, and Citadel Cadets.


From the 1890s through the 1920s, a traction trolley service brought jobs to the men of Mount Pleasant. They became trolley motormen and conductors. At that time, the Isle of Palms was considered the “Atlantic City of the South” and people came from North Carolina and Georgia to catch the Mount Pleasant Ferry docked at Cumberland Street in Charleston. Once in Mount Pleasant, they boarded the trolley to reach Sullivan's Island and the Isle of Palms. In 1926, the Cove Inlet Bridge opened and automobiles traveled between Mount Pleasant and both islands. Within a few years, the traction trolley was no longer a convenient form of transportation and the company shuttered.


As a child in the 1930s, Dave MacNeal lived on Live Oak Drive in the Old Village. He described the area in Johnson’s "As I Remember It." MacNeal lived right next to the Mount Pleasant Boat Building Company and it was the only thing on Shem Creek in those days. He remembered that the trolley bridge was the only land route between the Isle of Palms and Mount Pleasant. The Cooper River Bridge opened in 1929 providing the first direct roadway between Mount Pleasant and the City of Charleston. Shortly thereafter, the local steam ferries ceased operations. In 1930, Captain C. Magwood was the first fisherman to bring ocean shrimp into Mount Pleasant. The shrimping business grew into an important Charleston Harbor industry centered at Shem Creek.


In 1933, the town initiated plans to build a public waterworks. The result was a distribution system of wells, mains, storage tanks, fire hydrants, 175 water meters, and a pumping station that provided 160,000 gallons of water per day. On Oct. 17, 1935, a dedication was held at Alhambra Park with a dance at the Mount Pleasant Yacht Club. Four years later waterworks operated at a profit with over 240 customers. A wastewater system was added in 1942, and later, two treatment plants. Mount Pleasant set an example for rural coastal communities by building its waterworks system. 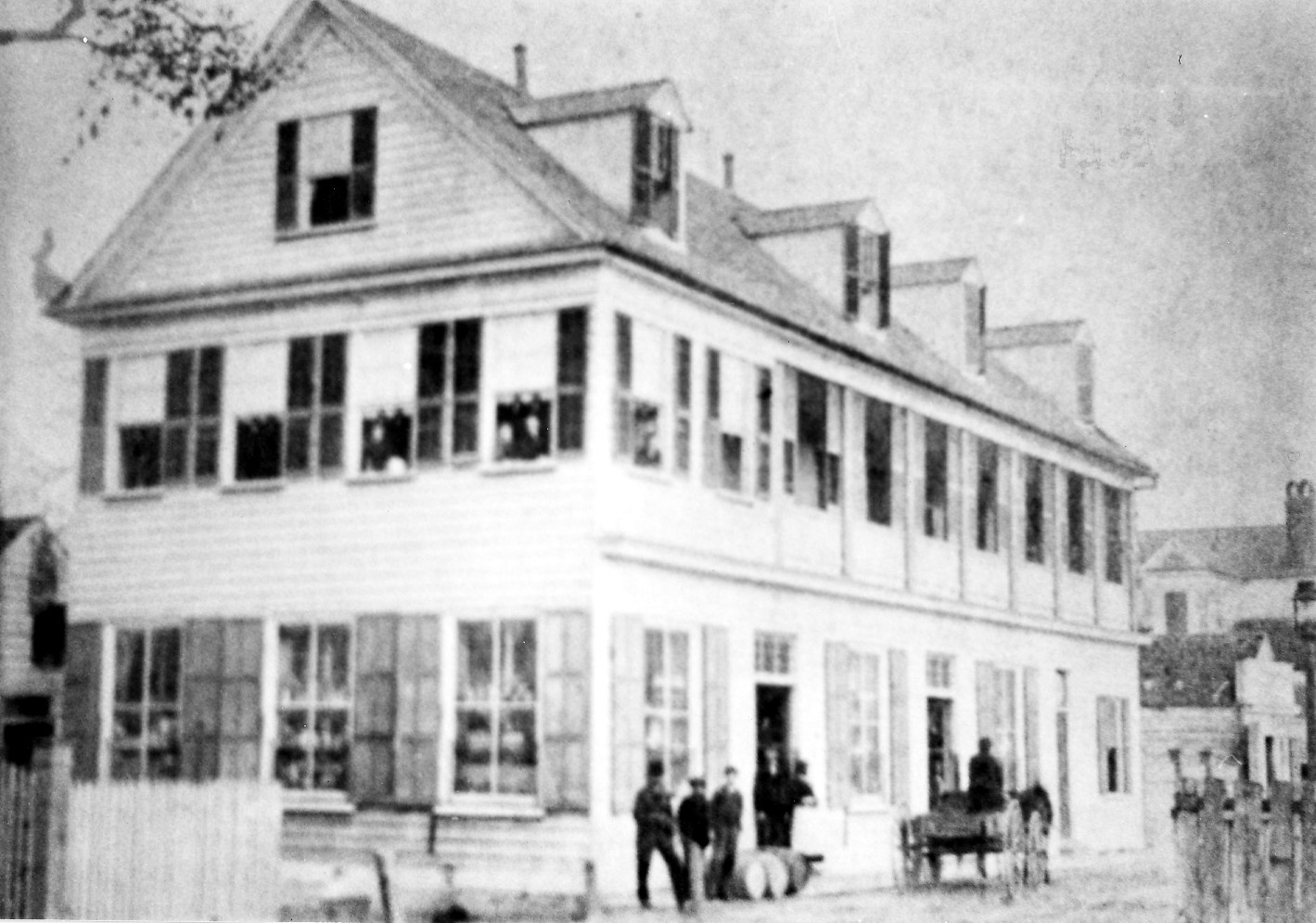 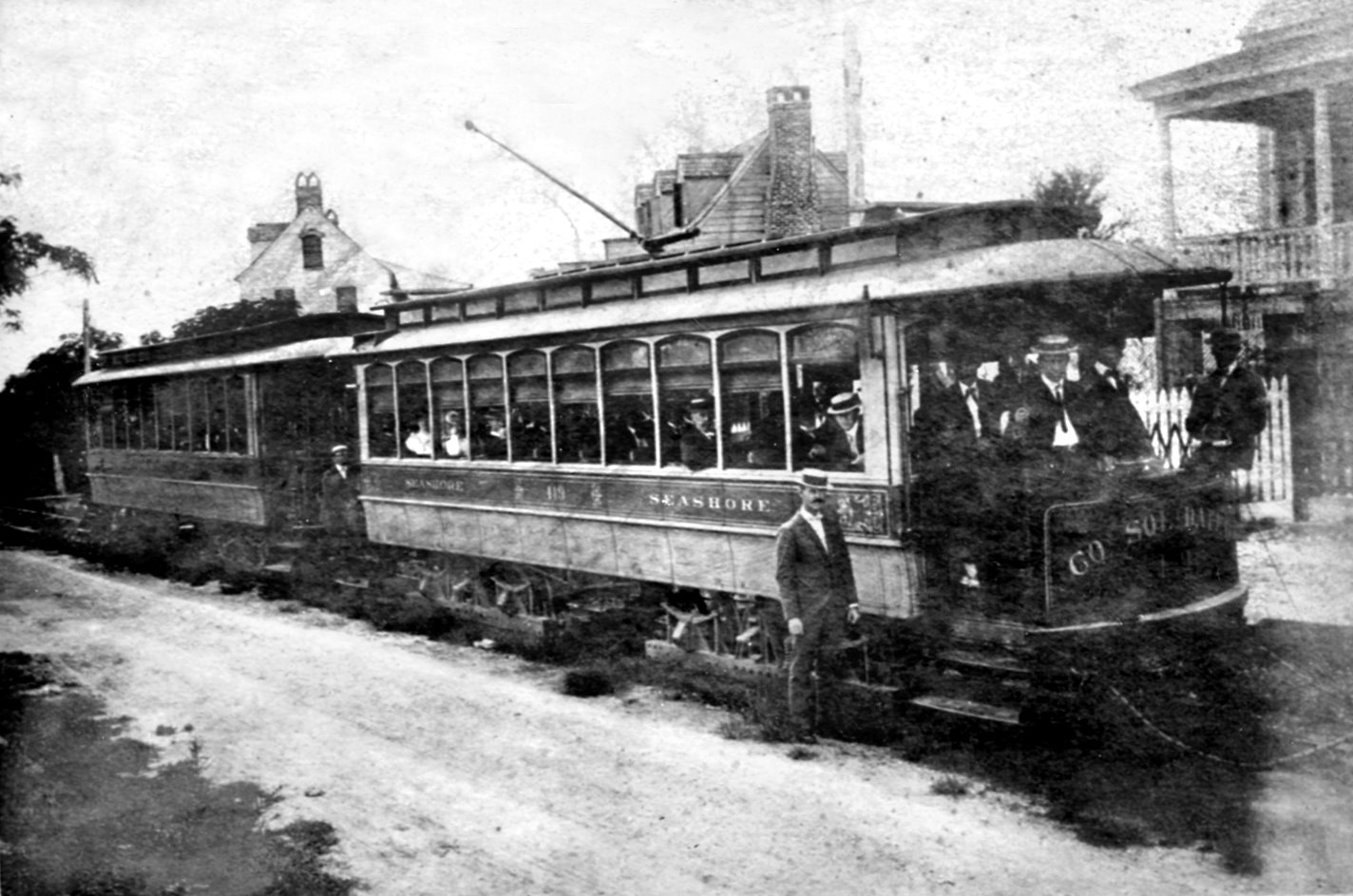 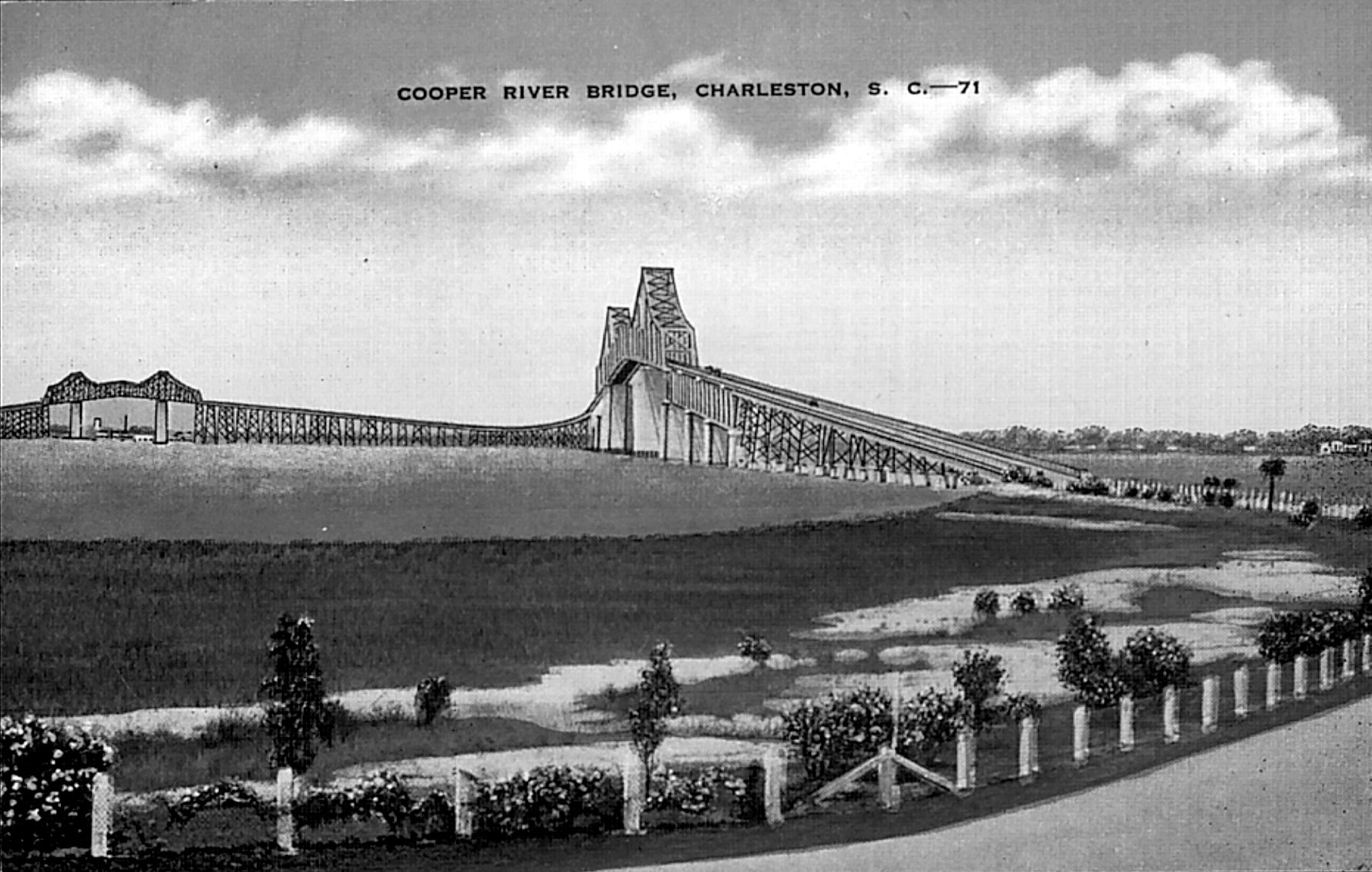 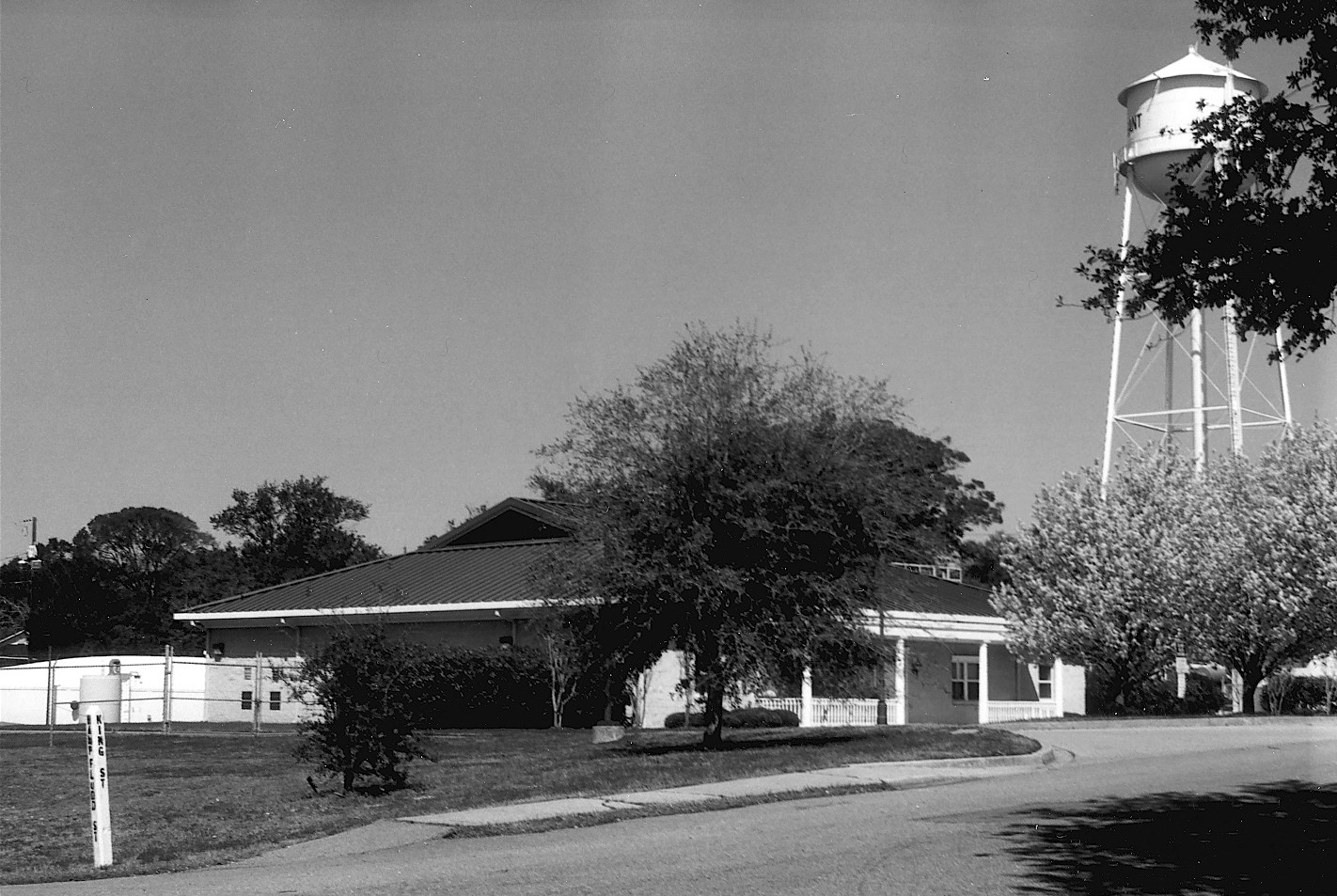