Boone Hall Plantation was listed on the National Register of Historic Places in 1983 with a boundary increase in 1994. It is a steadfast link between Colonial America, the Antebellum South, and the modern era. The plantation was established shortly after the founding of the Carolina Colony and witnessed the Revolutionary War, the birth of the nation, the Civil War, the 1837 incorporation of Mount Pleasant, and recent municipal growth. For over three hundred years, Boone Hall Plantation’s proprietors have shared an unbroken tradition of private ownership rooted in commerce and agriculture. In 1681, Major John Boone and his wife Elizabeth founded the plantation using land grants from Carolina’s Lords Proprietors. Their oldest son Captain Thomas Boone is credited with the 1743 planting of the first trees in today’s sweeping, moss-draped allee of oaks. He also produced the plantation’s first successful cash crop of indigo for the European market.


John and Elizabeth Boone had two great-grandsons, brothers John and Edward Rutledge, who were Founding Fathers of the nation. In 1817, Boone Hall Plantation was sold to John and Henry Horlbeck, brothers who were prominent Charleston architects and builders. The Horlbecks completed the oak allee, planted cotton, and expanded the brickyard where slaves produced handmade bricks for the local building industry. In the Civil War era the Horlbecks shifted to planting pecan trees. By the early 1900s, Boone Hall Plantation was the number one pecan grower in the United States with 600 acres in production.

In 1935, the plantation was purchased from the Horlbecks by Thomas and Alexandra Stone, who opened a truck farm business with an emphasis on tomatoes, cabbages, and potatoes. The Stones dismantled the 1700s farm house to build the existing colonial revival brick mansion. In constructing this manor, Stone, a Canadian ambassador, incorporated materials from the plantation’s old farm structures and used historic brick recovered from the Laurel Hill Brickyard. Boone Hall Plantation has several important historic structures.


The most prominent original buildings comprise “Slave Street” with its nine antebellum brick cabins built between 1790 and 1810. An intact brick slave street is a rare national historic treasure. Before the Civil War, the majority of the area’s residents were African Americans, who labored on Boone Hall, Laurel Hill and Snee Farm plantations. Boone Hall Plantation currently features a “Black History in America” exhibit that highlights the slave cabins and different themes to tell the African-American story. Visitors view daily aspects of slave life and trace the diverse issues faced in the struggle for freedom on American soil. In 1940, the Stones sold Boone Hall Plantation to Dimitri and Audrey Djordjadze who lived there for five years. Dr. Henry Deas purchased the plantation and held the property for 10 years. Since 1955, Boone Hall Plantation has been owned by the late Mr. and Mrs. Harris McRae of Ellerby, North Carolina, and their two children Elizabeth and William. Today, William McRae operates an agricultural and historical tourism business on plantation grounds. Mount Pleasant’s Boone Hall Plantation has remained as one of our nation’s oldest and most prominent plantations. 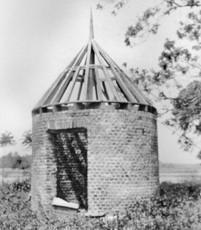 intact slave street is a rare