Haddrell’s Point played a leading role in the first major military battle and victory of the Revolutionary War, and many plantation owners were involved. British forces were determined to take Charleston and hoped to establish a base of operations on Sullivan’s Island. A small Patriot army of 453 men under the command of Colonel William Moultrie held off the mighty British Royal Navy, while Colonel William Thomson and his forces stopped 3,000 British troops from crossing Breach Inlet and attacking the fort from the land side. The success of the American forces on this single day, June 28, 1776, was a major boost for the Patriot cause.


On July 23, 1776, Dr. Benjamin Rush, an influential patriot of Philadelphia, wrote to American General Charles Lee: “Dear General, It would take a volume to tell you how many clever things were said of you and the brave troops under your command after hearing of your late victory. It has given a wonderful turn to our affairs. The loss of Canada had sunk the spirits of many people who now begin to think our cause is not desperate and that we shall yet triumph over the enemies.” It was announced in the paper on Aug. 2, 1776, that Fort Sullivan was renamed Fort Moultrie retroactive to the victorious battle. George Washington visited the site 10 years later, on May 5, 1791, and noted in his journal that “scarcely a trace [was] left” of Fort Moultrie.

Today, South Carolina residents celebrate Carolina Day in recognition of the role this naval battle played in energizing the Revolutionary War. With the exception of this battle, Christ Church Parish saw little action, yet the area had been secured. According to the original version of Clinton’s 1780 map titled, A Sketch of the Operations before Charleston, the Capital of South Carolina, Remley’s Point had fortifications that connected two inlets north and south. This map shows earthworks at the water’s edge, interior encampments, and trenches guarding the rear. The area included a shipyard, powder magazine, and a prisoner detention center. Clinton’s map also details several small plantations and agricultural fields. View Clinton's map (1780).

In early 1780, the City of Charleston was under siege. In April, British General Cornwallis crossed the Cooper River with approximately 2,500 troops and took possession of Haddrell’s Point. It is believed that the British headquartered at Jacob Motte’s home, on Mount Pleasant Plantation, now known as the Hibben House. Charleston surrendered to the British on May 12, 1780. After the Americans were victorious and the new nation was established, the first United States Census of Population was taken in 1790. At that time, African Americans comprised over 75 percent of the Christ Church Parish population. 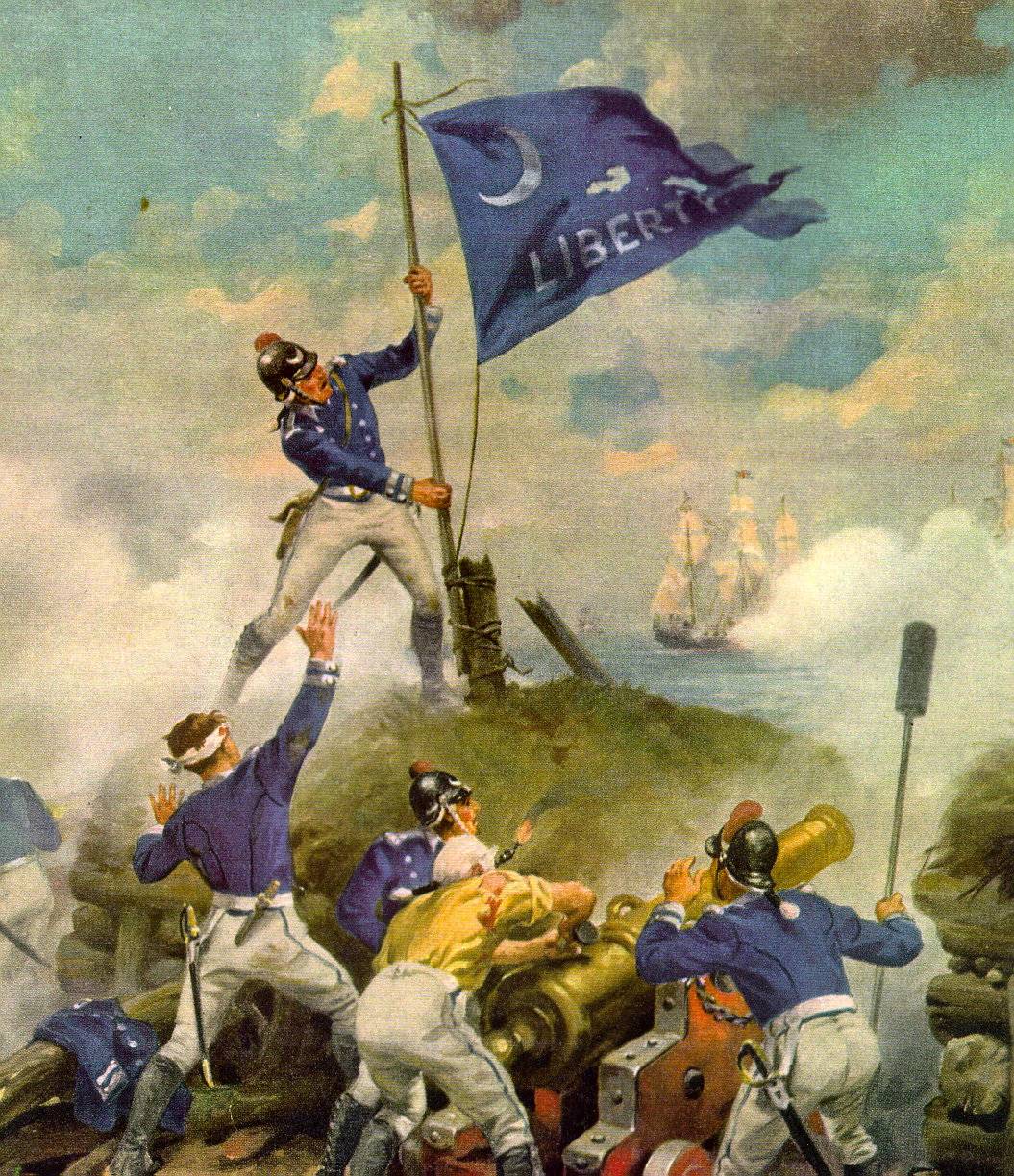 the flag over Fort Sullivan 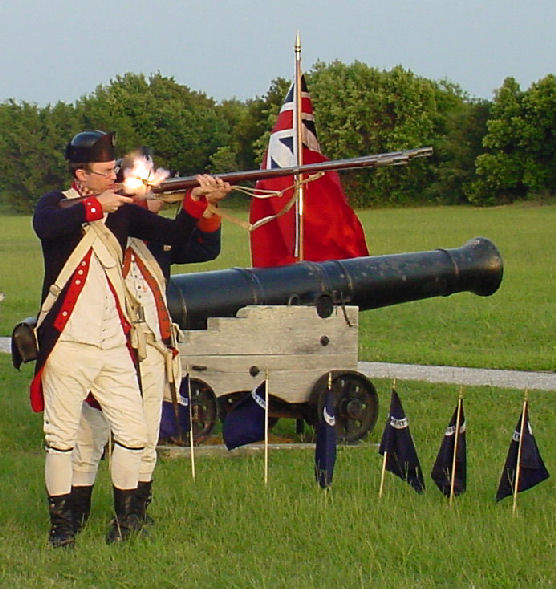