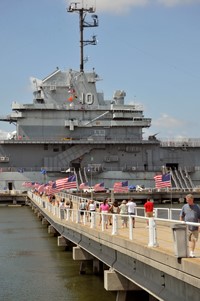 Patriots Point Naval & Maritime Museum is one of the largest museums of its kind in the world. Featured are the USS Yorktown and other Historic Landmark ships such as the destroyer USS Laffey, known as “The Ship That Would Not Die,” and the Balao class submarine Clamagore.

Priceless war planes used during conflicts spanning from WWII to Desert Storm are featured aboard the Yorktown's 40,000 square foot hangar bay and atop the 888 foot flight deck. The Hook magazine (Winter 2011) unveiled the top 10 most significant aircraft in U.S. carrier aviation history, and Patriots Point Naval & Maritime Museum is the only carrier museum to display all 10 of these aircraft.

Located landside is the only replica of a Vietnam Support Base in the country as well as a Cold War Submarine Memorial paying tribute to the sacrifices and triumphs made by the men and women during that period. Patriots Point is also the home of the Congressional Medal of Honor Society and
their official Medal of Honor Museum with tons of interactive exhibits. Come experience patriotism,
honor, and character at Patriots Point Naval & Maritime Museum. 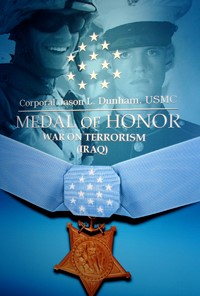 The museum's exhibits tell the stories of brave Americans who displayed remarkable courage such as Audie Murphy, Sergeant Alvin York and Jimmy Doolittle. Even now, the Medal of Honor continues to touch the lives of Americans as the museum pays special tribute to the first Medal of Honor recipients from the War on Terror; exceptional Americans who made the ultimate sacrifice in Iraq and Afghanistan. The Congressional Medal of Honor Museum at Patriots Point is the premier visitor attraction in the Greater Charleston area: Experience the embodiment of honor, courage and sacrifice. Entrance to the Congressional Medal of Honor Museum is included in the Patriots Point Naval Museum admission 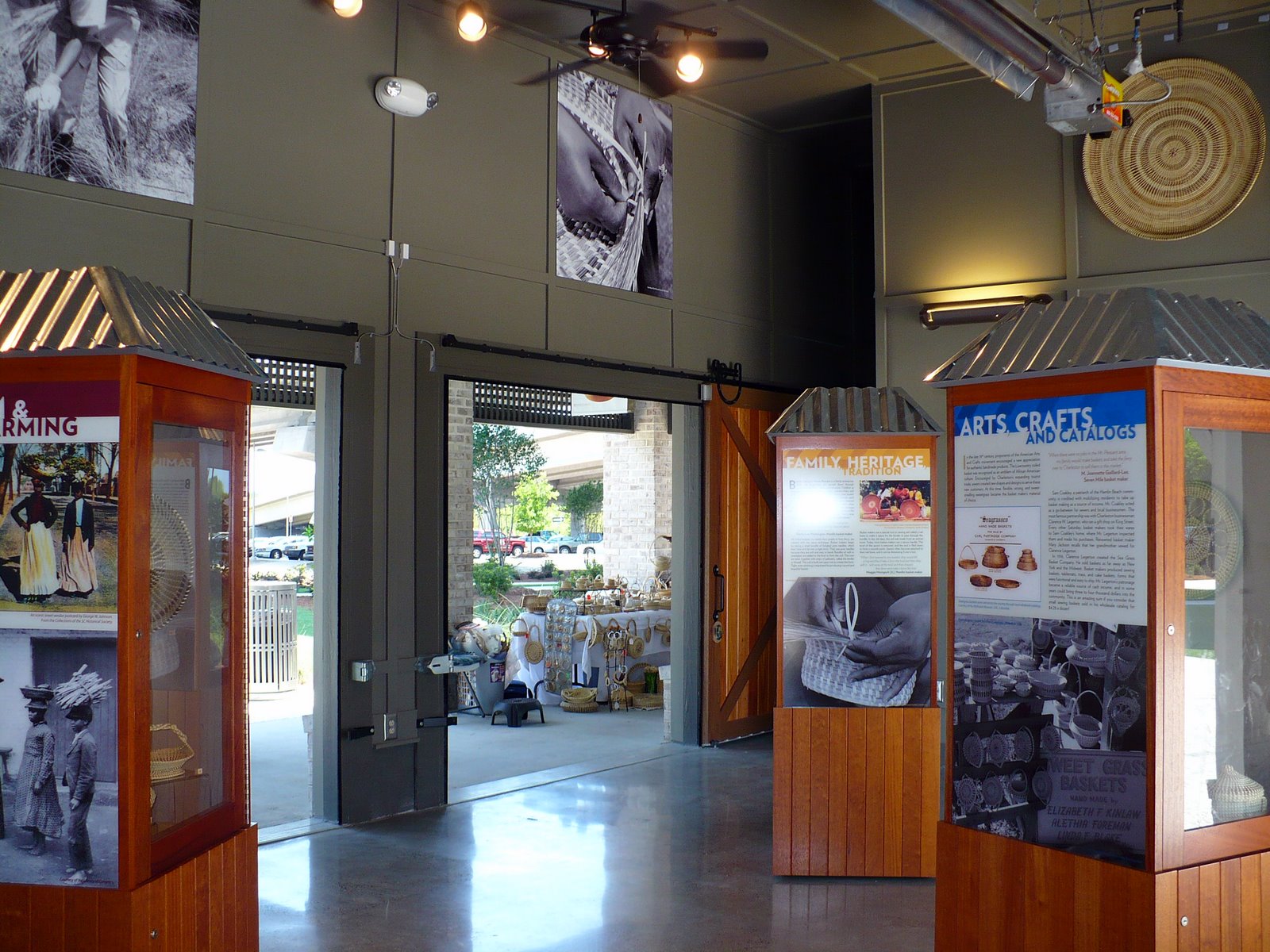 The Sweetgrass Basket Pavilion is a cultural arts exhibit on the history of sweetgrass basket making and serves as a venue in which local basket makers can demonstrate their craft. The open air pavilion features informative kiosks, basket display cases, and a screening area for documentaries. This pavilion is a tribute to the generations of men and women who have carried on the Lowcountry sweetgrass basket tradition for over 300 years. As a stop along the Gullah / Geechee Cultural Heritage Corridor, the pavilion gives the public an in-depth look at one of America’s oldest and most important African-inspired arts. Sweetgrass baskets are available for sale at Sweetgrass Basket Pavilion.

Charles Pinckney National Historic Site
Charles Pinckney was a principal author and a signer of the United States Constitution. This remnant of his coastal plantation is preserved to tell the story of a "forgotten founder," his life of public service, the lives of enslaved African Americans on South Carolina Lowcountry plantations, and their influences on Charles Pinckney.